Financial Insights & Things to Think About 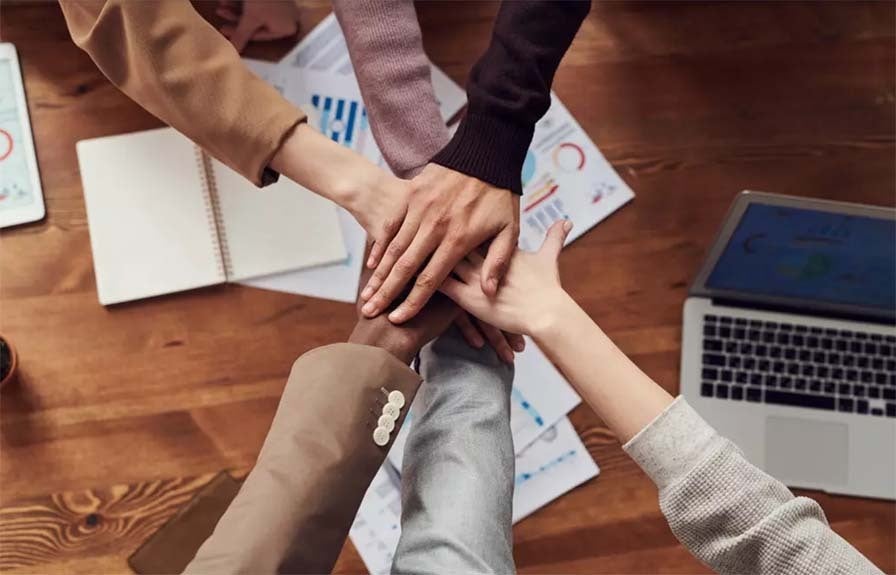 For the second consecutive year, the CFP Board can say that it has ushered in the largest, most diverse class of fresh CFPs the industry has ever seen.

But from the outside looking in, the numbers reflect a profession that has just barely begun to mold itself in the image of the nation it aims to serve.

On Thursday, the CFP Board announced that 2022 closed with the total number of CFP professionals climbing to a record 95,137, up 3.8% from the 92,055 reported one year
prior. The organization is also celebrating some notable year-over-year gains among women and unrepresented professionals.

There were 1,519 women in the class of 2022, representing an increase of 4.4% over 2021's totals. And the number of new CFPs categorized as "racially and ethnically diverse" grew by 763, or 8.5%. But the needle doesn't move quite as far when extending the lens beyond new certificants. While the number of Hispanic CFP professionals increased 10.3% year over year to a total of 2,710, they still represent just 2.9% of all CFPs, a marginal bump from the 2.7% reported last year.

Growth among women also remains static. The new all-time high of 22,446 women still represents just 23.6% of all certificants, barely a breath above the 23.4% total from one year ago, and a far cry from a national population that is 50.5% women.

Overall, 5,214 professionals earned CFP designations over the past 12 months. But progress is still progress. And as heavy as a needle weighed down by generations of complacency and inaction may be to move, those doing the pushing are happy to be making an impact.

"I was one of the 5,214 newly minted CFP certificants in 2022. As a Black woman, I'm also very proud to be a part of the growth in diverse CFP professionals," said Jacqueline Koski of Dayton, Ohio. "I am a career-changer and first started looking at the financial planning field in 2019. It was quite disappointing to see the lack of diversity, but I was glad to see the CFP Board publish the demographics and make strides to improve the representation of women and minorities in the field.

"Now as a CFP professional, I believe that I can impact and encourage other women and people of color to pursue the profession by sharing my first-hand experience. While the trend in improving diversity is slowly going in the right direction, I hope that we can pick up the pace. As the diversity improves, I think it will have a compounding effect."

The CFP Board is also making good on its promise to add additional demographic categories it compiles its annual data. New this year is a headcount of Asian or Pacific Islander CFPs, as well as American Indian or Alaskan Native CFPs. The number of certified Asian or Pacific Islanders increased by 6.7% to 3,883; and American Indian or Alaskan Natives increased by 15.3% to 226. Those groups represent 4.1% and 0.2% of all CFPs, respectively.

Multiethnic CFP professionals grew by 13% to 130, but a year-over-year comparison is harder to make. Last year's CFP Board data only listed biracial Black and Hispanic CFPs, of which there were 45.

"As we enter the 50th year of CFP certification, the talent pipeline for CFP professionals only grows stronger," CFP Board CEO Kevin R. Keller said in a statement. He notes that in order to move the profession forward, the industry must attract talent and insights from every background to meet the increased demand for financial planning.

"Increasing the number and diversity of CFP professionals is one of CFP Board's strategic priorities, and we are especially excited to see the record-breaking numbers of women and racially and ethnically diverse professionals who earned their CFP certification in 2022," Keller said.

The CFP Board's annual data dump also included a standout statistic that caught the eye of many advisors, has nothing to do with race, but still stands as evidence that the profession is changing.

"I think the diversity is great and sorely needed, but the real important statistic is age," said Rodney M. Loesch of LifeGoals Strategies Group, a veteran CFP with more than 37 years of experience. "With 55% under the age of 35, this is an additional shot in the arm for an ever-aging workforce of financial advisors. There should be lots of opportunities for these young advisors."

The younger class was also encouraging for Danika Waddell, founder and lead planner of Seattle-based Xena Financial Planning. Like many of the other metrics, she said it is exciting to see things moving in the right direction. But Waddell is already thinking about what the industry can do to empower all of these new CFPs beyond this week's announcement. Getting in is one thing. But staying in is a completely different beast.

"I don't want to see in five years that half of these people have left the industry because they couldn't find a place to work that was supportive. So my big thing: how do we keep these people?" Waddell told Financial Planning. "This is the first step. But what comes next?"

She said she does her part by trying to make as many connections as possible and fostering community from afar. Waddell knows that a new CFP of color may end up at a small firm with only a handful of advisors who look nothing like them. So she encourages diverse veterans to reach out to rookies to let them know they aren't alone.

Waddell said it's also significant that these numbers exist at all. Transparency when it comes to demographics is difficult to come by in financial services, so she credits the CFP Board for remaining open with the information, even if the figures don't tell a favorable story.

But Waddell's desire to see diverse CFPs supported over time stems from the knowledge that reaching the best years of their career may require great resilience. She said a recent report from XY Planning Network Co-founder Michael Kitces out the vast difference in earnings between CFPs with less than 10 years of experience and those with more than a decade under their belts.

"Once you've got 10 years of experience in the industry, your income increases exponentially and all these other things," she said. "But how do we get these people to 10 years? I don't want to see any attrition. I want everybody that's in this industry that's coming in as a new CFP to reach that 10-year threshold, break through to the other side and be making $300,000 a year."

For CFP and Wealthspire Advisors Senior Vice President Crystal Cox, a more diverse industry is good for everyone, not just unrepresented clients seeking financial advisors who may have a better understanding of their life experience. Cox believes that people with diverse backgrounds offer a wider perspective. And the old adage that marginalized groups often have to work twice as hard to go half as far means they're prepared for both life and market adversity.

Cox adds that because the population is changing and wealth is transitioning to the next generation, it is vital to create inclusive workplaces today so the industry is positioned to serve tomorrow's clients.

Nicole Gopoian Wirick, founder of Prosperity Wealth Strategies in Birmingham, Michigan, called the improving CFP demographics great news, saying she "could not be more pleased by the progress."

Like Waddell, Wirick speaks of the importance of supporting fellow CFPs and creating a community wherever you are.

"As a female RIA owner, I recognize how lonely it can be in a profession where it's difficult to find colleagues to relate to with a shared perspective and experience," she said. "I've been fortunate to build a robust community through the FPA of Michigan's Women and Finance Knowledge Circle, which I chaired from 2020-2022. The demographics of wealth are continuing to shift, and I believe it's paramount that our industry keeps up."

Angela Palacios, partner and director of investments at the Center for Financial Planning in Southfield, Michigan, said her organization knows first-hand the importance of gender diversity. Two of her firm's three founding members were women, and today 40% of their credential holders are women.

Palacios believes steps to introduce money issues to children will be very important to see that incremental change evolve into the radical shift that many are hungry for. She notes that many states, including Michigan, now require all high school students to take a personal finance class before graduation.

"I know for myself taking an elective in high school is what attracted me to the industry," Palacios said. "While this isn't going to impact numbers today, I think it will impact the number of women and racially diverse individuals becoming Certified Financial Planners

Hello! Financial planning with a personal touch. One of Nicole's greatest joys is developing a relationship with her clients, who have become a meaningful part of her life. Nicole Gopoian Wirick, JD, CFP® founded Prosperity Wealth Strategies to help clients define and achieve prosperity. Nicol...

Thank you for contacting us. We will get back to you shortly.

Please complete all required fields below.

Prosperity Wealth Strategies is committed to answering your questions about your financial planning goals. We offer a complimentary consultation at your convenience. Contact us today to schedule an appointment. 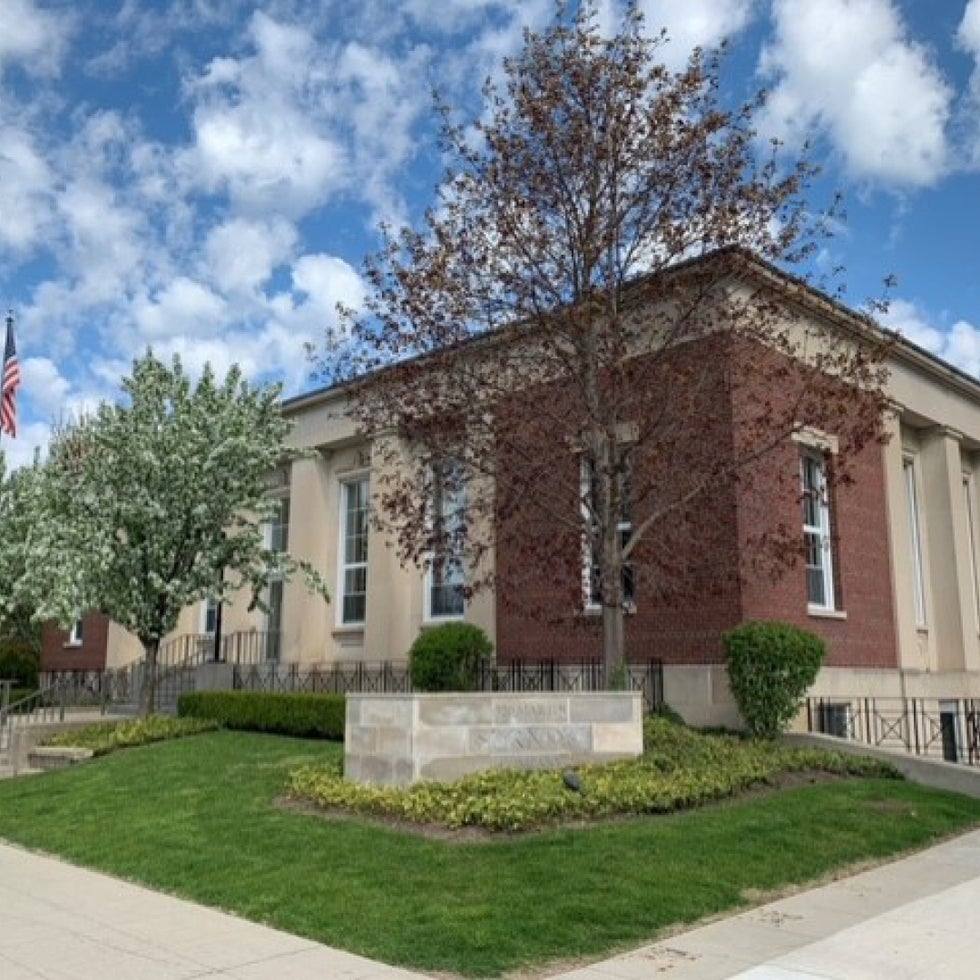